Most people don’t think of hiring a gunshot victim lawyer while they are recovering from a shooting injury. This is because most people don’t know that if you’ve been shot through no fault of your own, you have rights and may be entitled to have the responsible parties compensate you for your injuries. While most of the time the person who shoots another does not have the money to make that person whole, there are usually other parties who are also at fault for a shooting incident.

In Florida, property owners have a duty to keep their property in a reasonably safe condition. That means that they have a duty to make sure that people on their property do not fall victim to reasonably foreseeable acts of violence. Put simply, if you’re a property owner and you know that everyone around you is getting robbed, shot, and murdered, you have a responsibility to enact reasonable security measures to make sure that that doesn’t happen to the people that visit your property.

In Florida, whether you’re entitled to compensation from a property owner if you’re shot on the property depends on many factors. One of those factors is whether you were invited on the property, or whether you were trespassing. If you go onto someone else’s property without permission and are injured there, your ability to receive compensation is substantially diminished. In that case there may not be much that a gunshot victim lawyer can do for you. On the other hand, if you’re on the property under invitation, or for a legitimate business purpose (like buying something), then your ability to receive compensation will be much higher.

If you were shot because you were trying to rob a store, trying to kill someone, or engaged in a drug trafficking operation that went wrong, you are likely not entitled to compensation. Not only are your legal options limited here, as they should be, but you’d also be hard pressed to find a competent gunshot victim lawyer to represent you in that case. Frankly, any lawyer that would take a case like that should be shot.

If you’re shot on public property, such as a the beach or a public roadway, you’re likely not going to have a right to compensation

The laws governing public property are slightly different from those governing private property. As such, your ability to get compensation if you’re shot on a city street, for example, is very limited. Also, in Florida there is something called sovereign immunity. Sovereign immunity is a law that protects public bodies like cities and counties from liability from certain wrongs. We could go in-depth here as to why if you’re shot on the street you’ll have a hard time recovering, but instead we’ll just leave it at that. Suffice it to say that the law in Florida in that respect makes it almost impossible for a gunshot victim lawyer to help you out.

The law compensates you for injuries caused as a result of someone else’s fault. The more severe the injury, the greater the recovery. Bringing a claim for compensation in the civil justice system is a long an expensive process. If your injury is not severe enough, the recovery will not be sufficient to justify the costs and time of litigation. As a result, if you have been shot but your injury is not severe, you should consider yourself lucky and move on with your life.

If you’ve been shot while on someone else’s property you should consider hiring a gunshot victim lawyer. These cases can be difficult to prosecute, and time is of the essence.

In the meantime, if you’d like to find out what a lawsuit for this kind of case is about, feel free to check out our post on the subject. 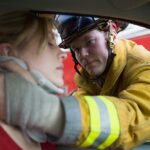 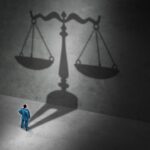